You have arrived at the Glorkian Warrior: The Trials of Glork Press Page. Here you’ll find any information you might need to write a clever and informed article about our good mate Glork and his sidekick backpack.

If there’s any information you aren’t seeing, or would like any of this in a different format, let us know and we’ll make sure it is available to you. 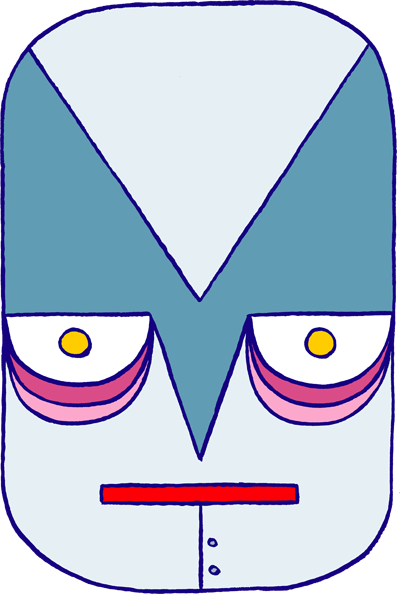 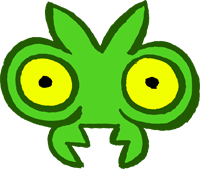 In early 2010, in an age before crowdfunding was a universally recognized concept, Pixeljam successfuly ran a Kickstarter campaign with James Kochalka to raise funds for an idea called Glorkian Warrior. After years of experiments, iterations and trials, we are proud to introduce the Glorkian universe to the world in compact, comedic endless shooter. 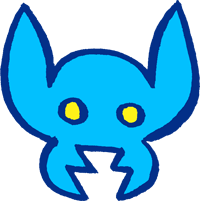 Can you reach the rank of Glorkian General or will you forever stay a Soft-Boned Space Cadet?

In early 2010, in an age before crowdfunding was a universally recognized concept, Pixeljam successfuly ran a Kickstarter campaign with James Kochalka to raise funds for an idea called Glorkian Warrior. We were able to raise $11,200 with a goal of $10,000.

There were several game prototypes including a mini-game featuring Glork’s pixellated sidekick, Glorkbot. Most of these made it only as far as the Pixeljam vault.

After all these experiments, iterations and trials, we presented the Glorkian Universe to the world in our compact, comedic endless shooter. 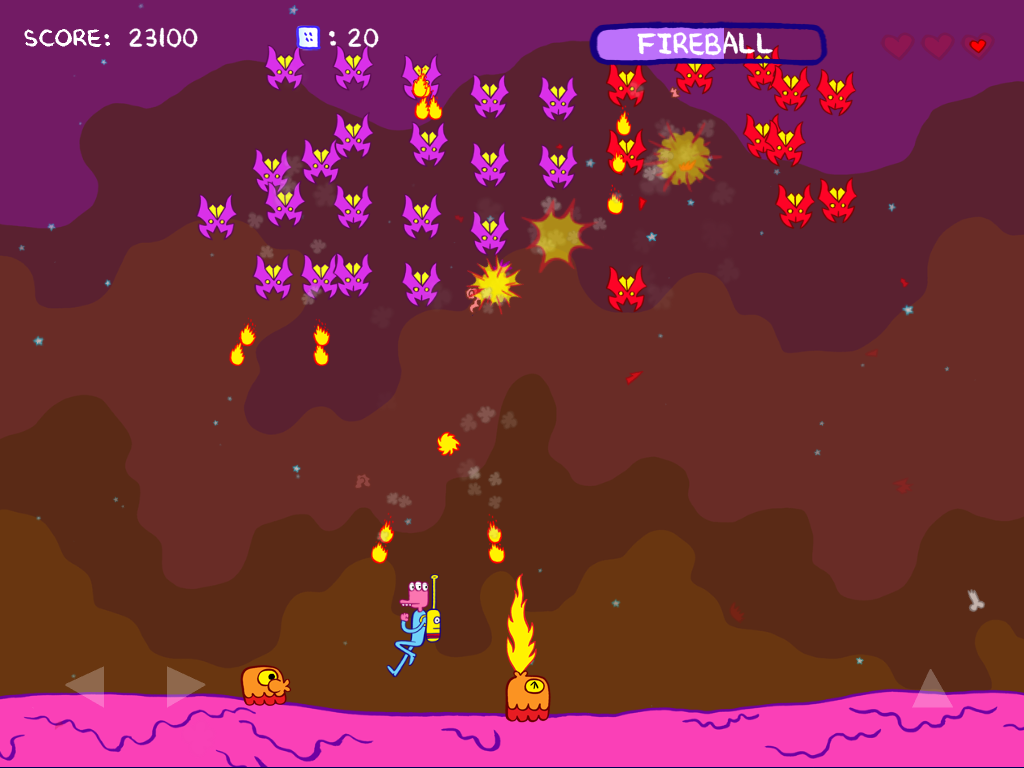 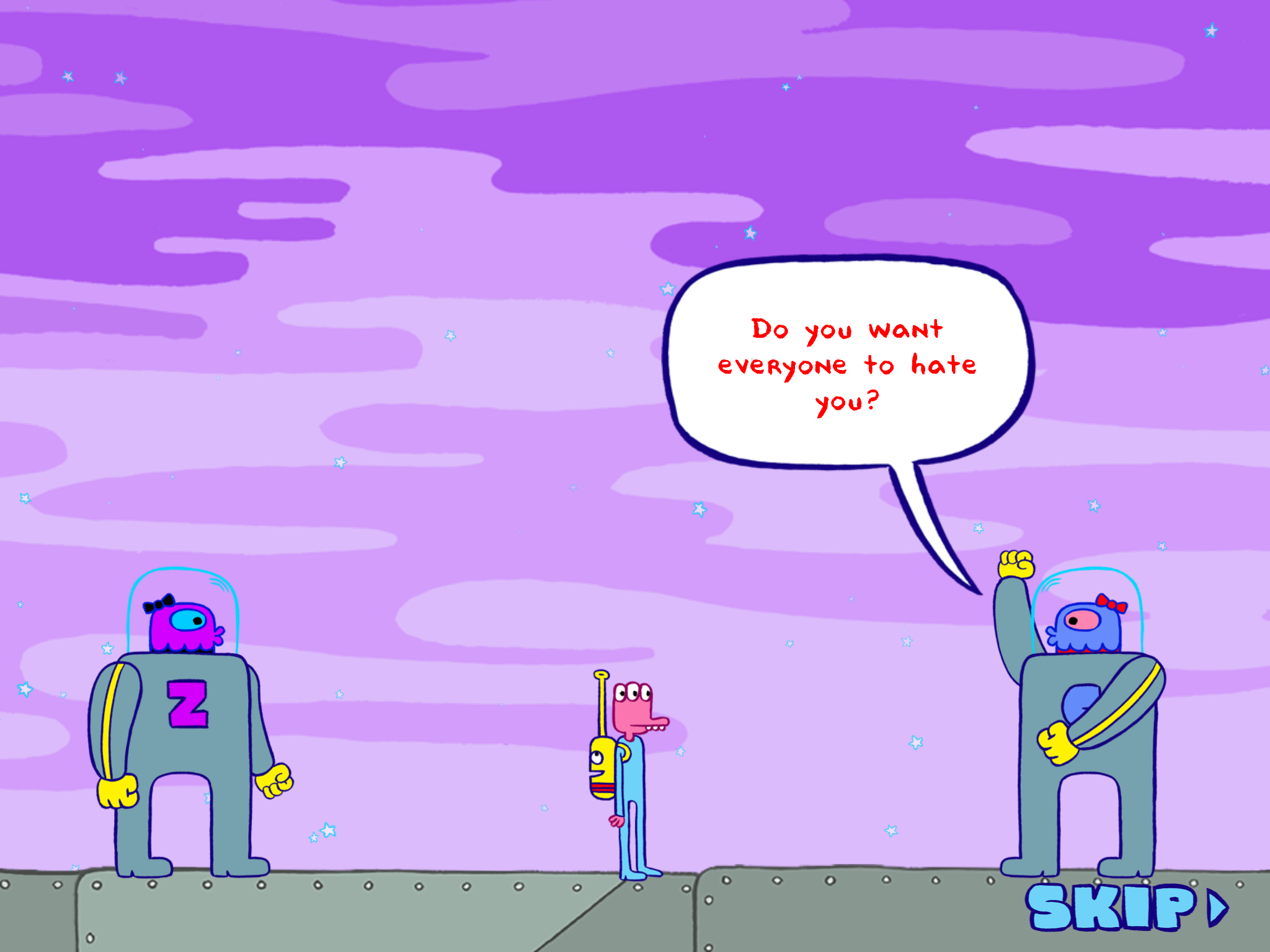 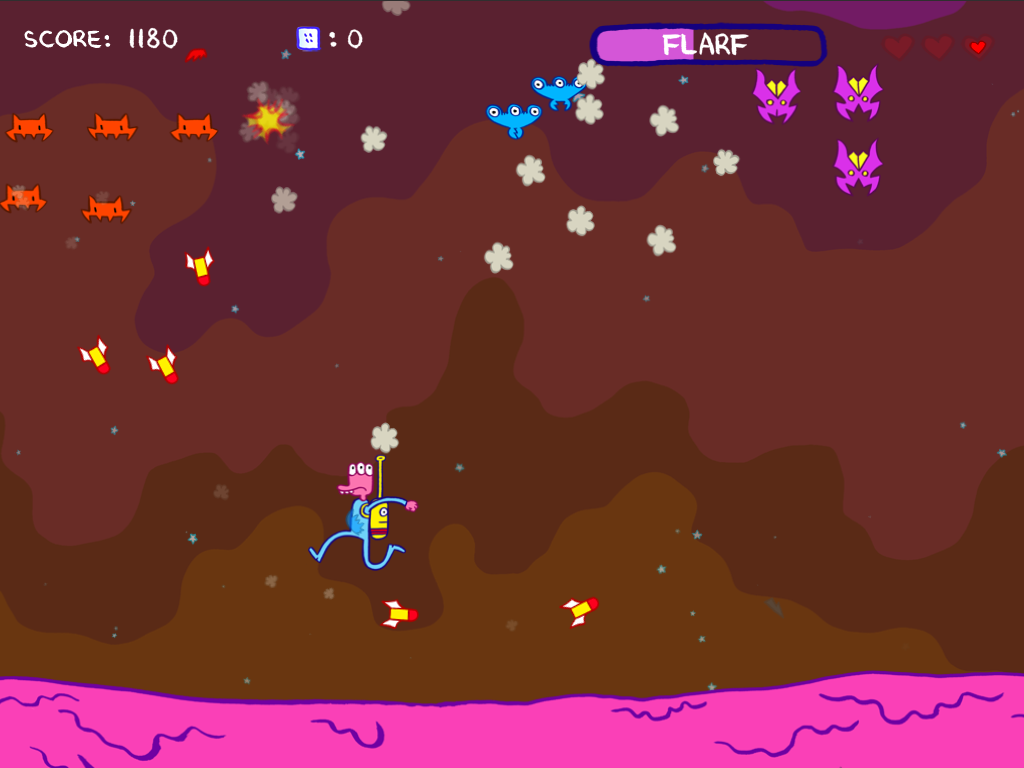 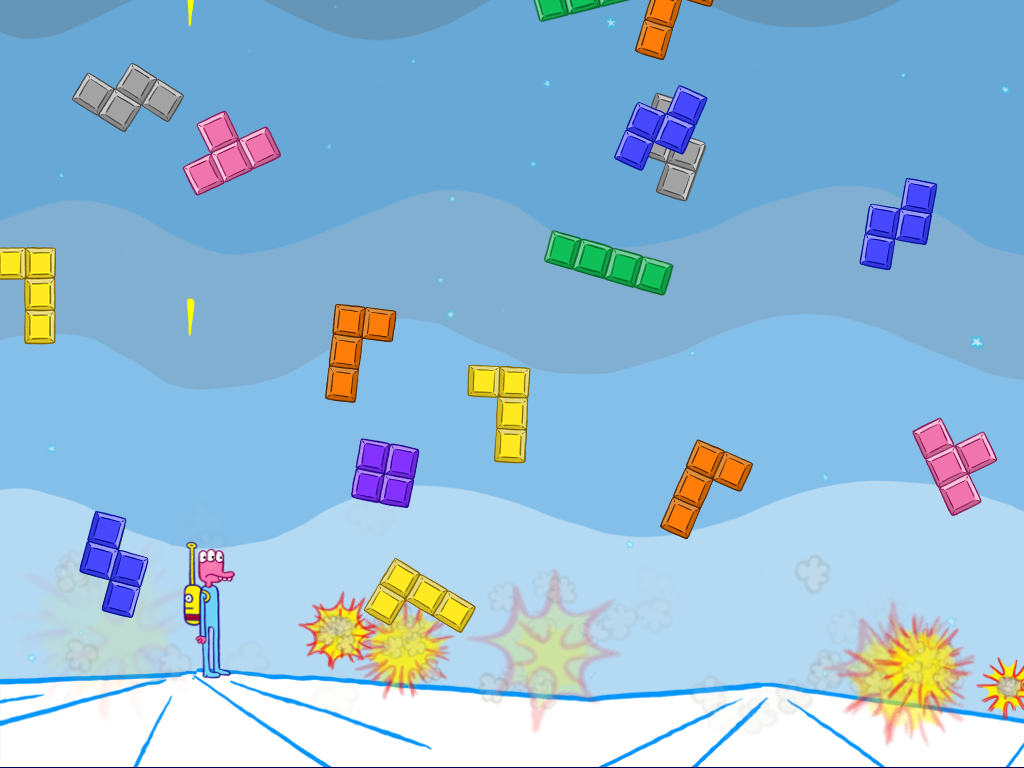 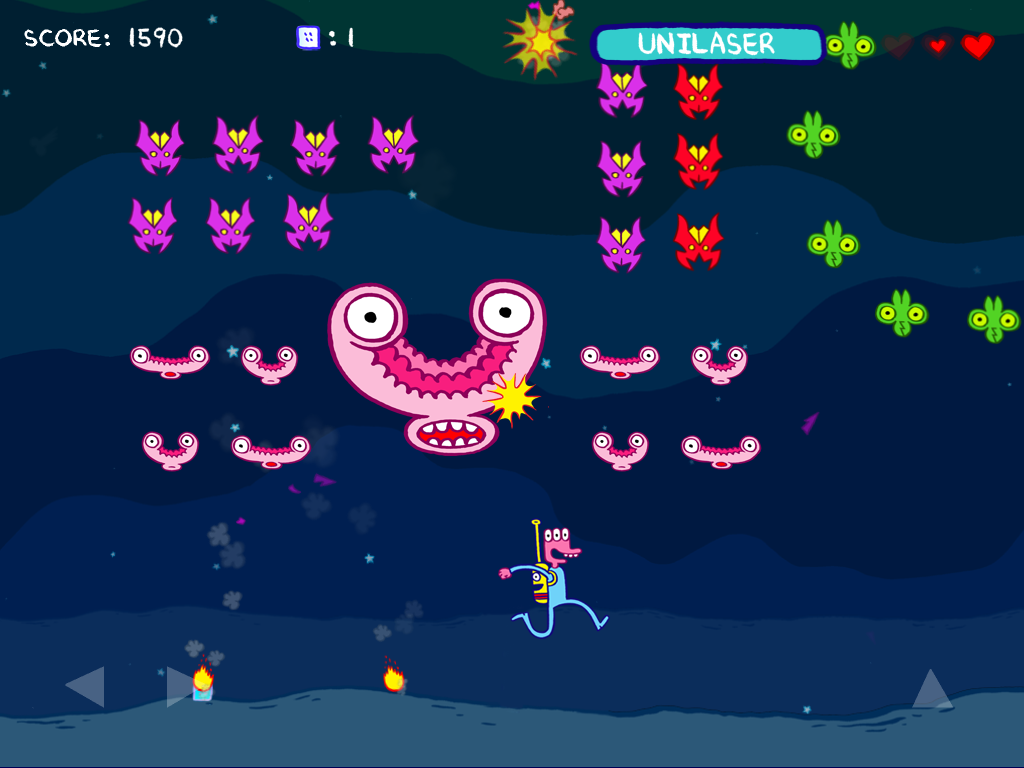 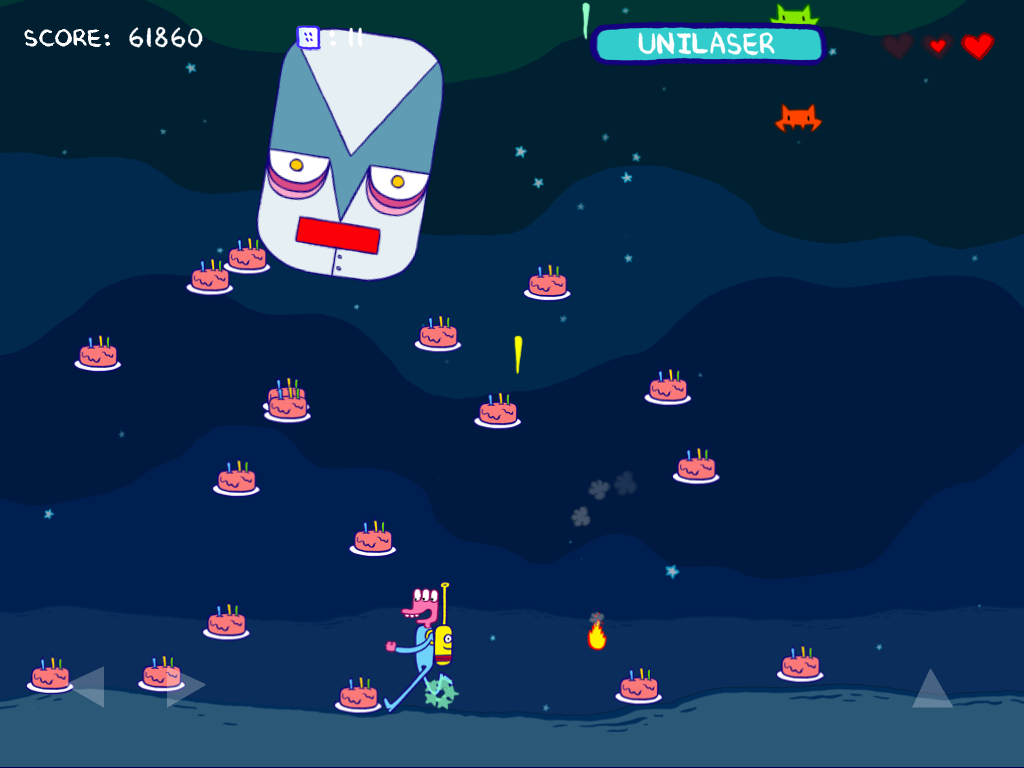 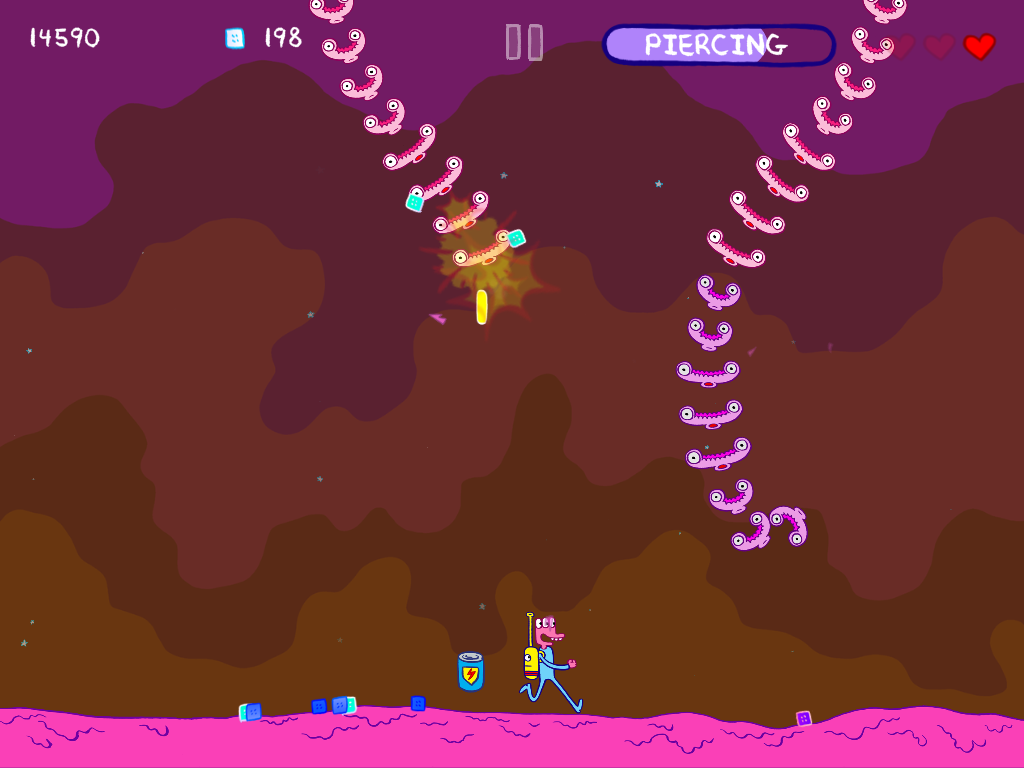 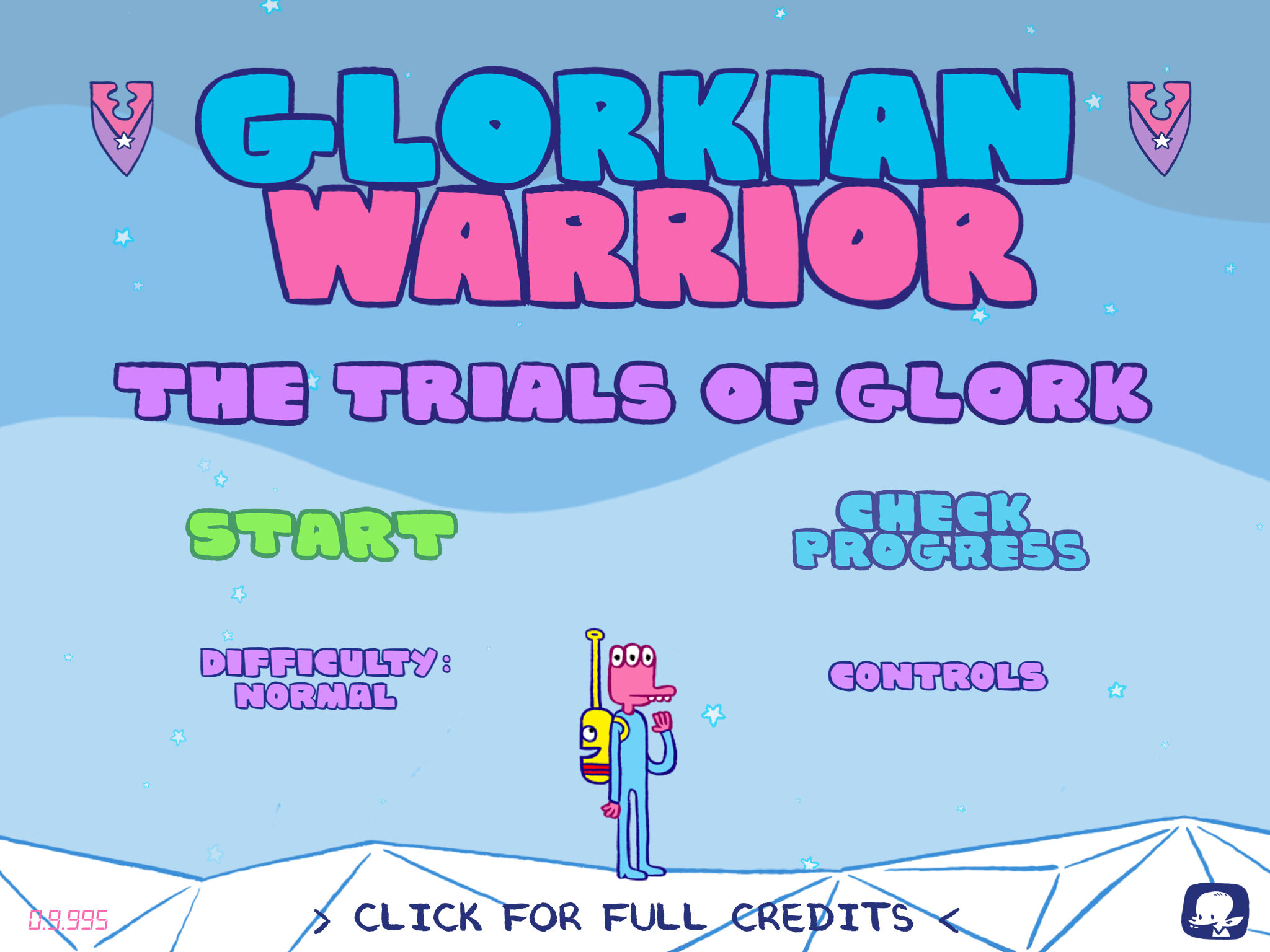 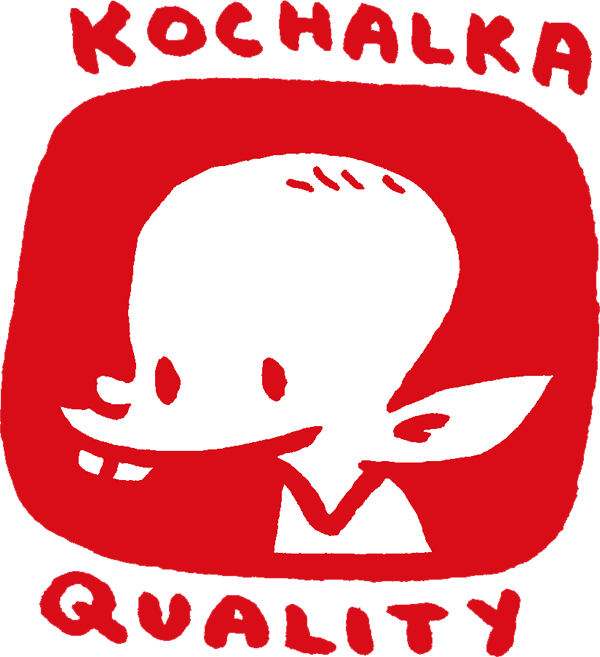 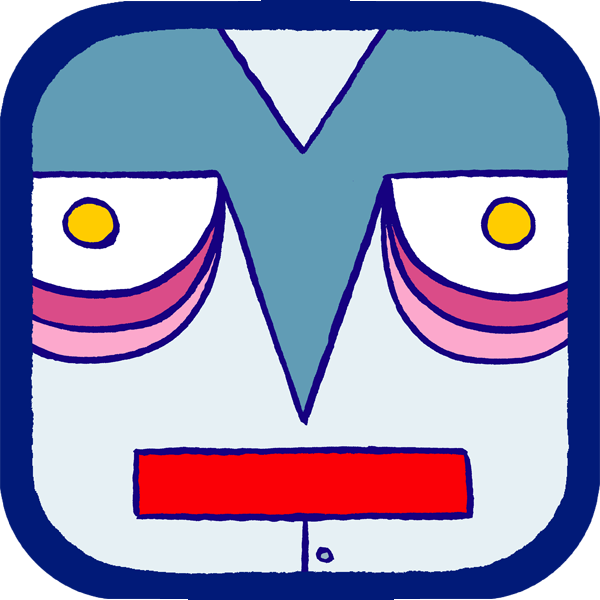 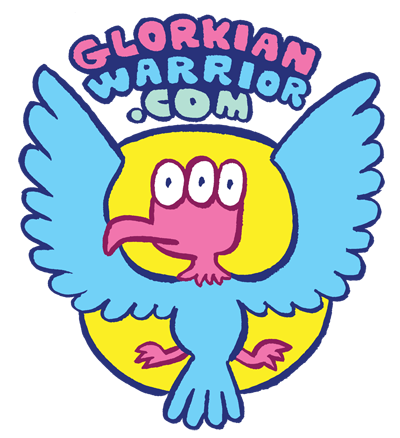 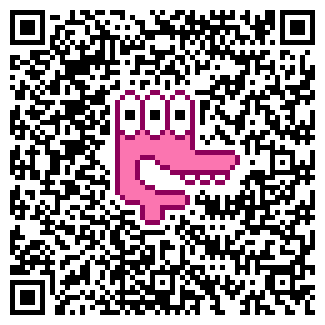 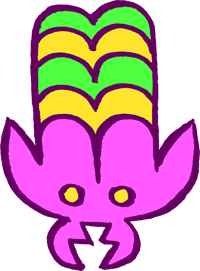 “The art, the humor – the chorus of children that announce your weapons in an 80′s edutainment television tone – it’s got that perfect ‘this is what I love about indie gaming’ feel.”

”..if I had to sum up Glorkian Warrior in just one word it’d be this: delightful.”

“It’s exactly what you’d want a James Kochalka game to be: exuberant, naïve, completely un-cynical, and — the bit I appreciate the most — a game that even as it dips so heavily into Galaga-ian inspiration still finds room to feel like something new…”

“It’s a ridiculously charming game that makes me smile every time I play it. And I’m not a smiler, people.”

I have never heard my daughter laugh as loud or as long as she did when I read her James Kochalka new kids’ graphic novel, The Glorkian Warrior Delivers a Pizza. My six year old literally howled with laughter as I read this to her at bedtime, and kicked her legs in the air, and thumped the pillow – tears of laughter rolled down her cheeks.

You can find the book, Glorkian Warrior Delivers a Pizza, at any of these retailers:

You can purchase the soundtrack for Glorkian Warrior: The Trials of Glork at Bandcamp:

Please send us an email at press@pixeljam.com and we will send you over a copy; or fill out this nifty form: